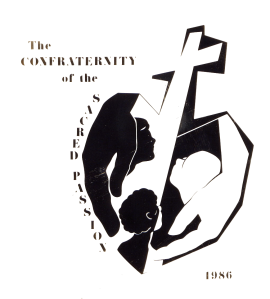 It all began in December 1991, during a visit to the Passionist Community in Jamaica W.I.  In the course of that visit, Fr. Claudio was deeply touched by the necessities of the local people.  This moved him to take action to alleviate in some way their needs.

On his return to Canada he began working to send a container of clothes and food to the community in Jamaica, W.I.  He spread the news of this new initiative by word of mouth and on the radio.  He also shared his moving experience with the members of the Mission, Società Unita, which he had founded in 1972 in Canada, and challenged the membership to take action and help our brother and sisters in need.

As a result of this very inspirational event The Good Samaritan Committee was born. The purpose was very simple.  Fr. Claudio wanted to assist the people he had met during his visit to Jamaica, W.I. and he wanted others to join with him in this effort.

The results were just as simple.  Many good-hearted people, including members of the Mission, Società Unita, became involved and began gathering clothes, food, furniture and other goods to be shipped to countries that could use them.

From that simple beginning The Good Samaritan Committee has grown to become a very beautiful program helping thousands of people in many parts of the world, including people in Canada.

In the beginning Fr. Claudio began this program feeling that it was his personal idea and that it would remain so.  But he changed his mind after seeing its success.  As a result of the great interest that was generated Fr. Claudio placed The Good Samaritan Committee under the direction of Società Unita/The United Society.

The Good Samaritan Committee is made up of individuals, men and women, young and old who desire to implement the teaching of the Gospel by showing care and compassion to people in need.  They do this by providing concrete assistance that will result in loving comfort, spiritual and material well being not only within our community but also to third world countries.

The committee is responsible in collecting food, clothing, school supplies, and other useful materials and ship them to the Passionist Missionaries in various countries who will distribute the material directly to those among them who need it. The Passionist Missionaries are a world wide Catholic religious community of priests brothers and sisters who have accepted to collaborate with us in this worthwhile project.

The members of Società Unita/The United Society have accepted this initiative enthusiastically and have responded to it generously.  Other members of the community, such as business people, individuals, have also shown their support by their generous donations.

The necessity for storage of the material collected became essential and once again through Divine Providence a unit was offered that could be used as a holding place until the next shipment would be ready.During the first year of operation two 40 feet containers were shipped to Jamaica W.I.  One was send in March 24,1992 and the other on May 11.  The material was distributed within the communities of Kingston, Mandeville, Balaclava and Santa Cruz.

In the second year three containers were send. On Feb. 11, 1993 a shipment went again to Jamaica.  On April 23, the container was shipped to San Paulo in Brazil where the sisters helped the communities of Santa Catarina and Praia Grande.  The third went on Sept. 30 to Vila Velha, Espirito Santo, Brazil.

The credit for the success reached and the good that has been done goes to the many individuals who have participated by offering their time and resources of all kinds.  Many companies have participated by donating their products and financial help.  These are the people who have listened to the words of Jesus who said:”

“Whatever you did for one of these least brothers of mine, you did it for me.”